They grow up so fast… (guest entry from Karsten)

As I had already tried to explain our daugther the concept of apoptosis some months back, her interest in the issue was slightly disappointing. Accordingly, I decided a more demonstrative and vivid approach. I organized a small aquarium from the neighbours as well as some tadpoles from grass frogs (Rana temporaria), as they are considered “fool proof”. I only got a few eggs as the aquarium is small anyway and otherwise the competititon among them would be too fierce… Also, theoretically one tadpole would suffice to prove my point, several just helped to improve our chances to get a live one through all stages… Unexpectedly, we did not loose a single one so far and last weekend, we brought ca. 15 of our 30 tadpoles back to their pond where they came from, as they now have hind legs and it looks like the forelegs will appear soon as well. At this point, we will keep maybe 2-3 frogs for maybe 1-2 more weeks and then set them free as well…

So while further images of the final transformation will be posted in the future, I already wanted to show some images from the time immediately after hatching to the development of the hind legs. The image quality is not always great, but it is not as easy to get nice shots as expected. Still, enjoy!

Note from the wife: I am quite fascinated by the development of our domestic animals, but I find them rather creepy right now. They were cute when they had no legs and they will be cute once they turned into frogs, but right now they look like weird aliens. I already had a nightmare about a giant tadpole slithering around our flat… 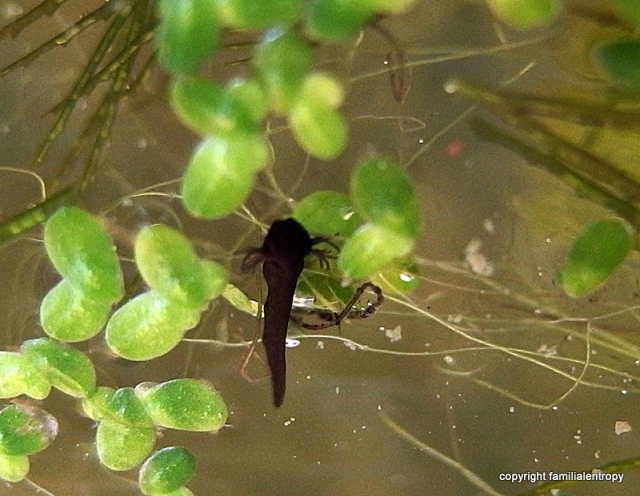 After hatching, the external gills can be seen 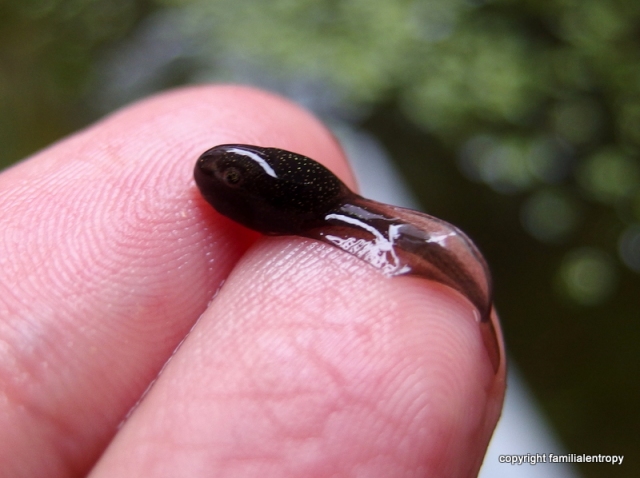 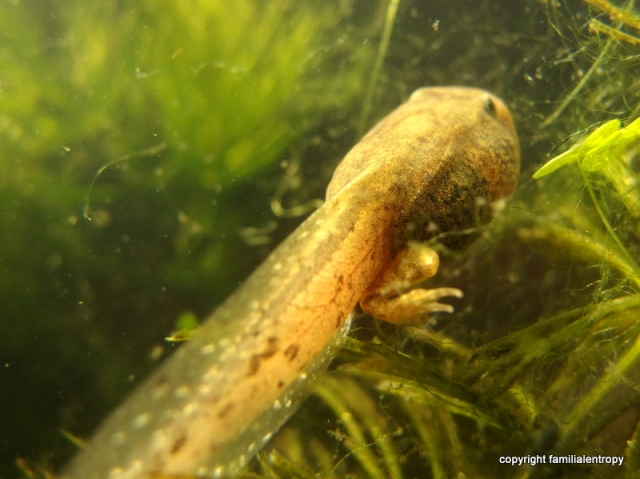 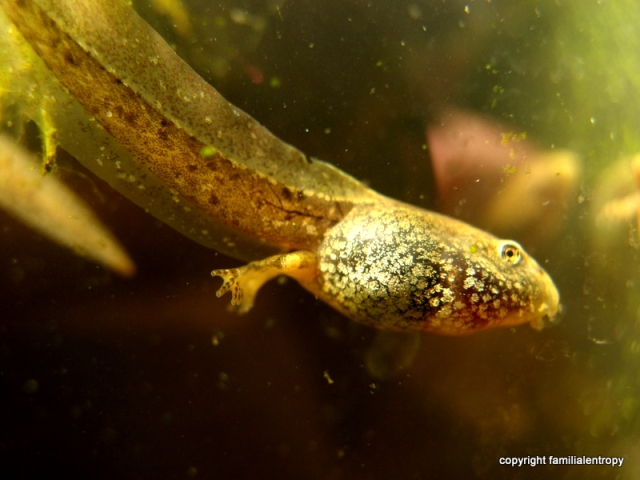 Familial entropy - that's an insight into our current life which has been fundamentally changed last summer when our daughter was born. Having studied in Cottbus, Germany, and worked/studied in Edinburgh, Scotland, we momentarily live in a small town in Switzerland where Karsten is trying to save the environment and Freddie is trying to save our sanity. Since there is not much time for elaborate, long emails while doing that, we thought a blog might be a good option to smuggle ourselves into the lifes of our friends.
View all posts by erdhummel →
This entry was posted in Children, Miscellaneous, the little one and tagged apoptosis, Children, domestic animals for children, grass frog, pollywags, tadpoles. Bookmark the permalink.