Today was our first baby swimming class in Zurich. Unfortunately, it’s during the week so Karsten can’t join, but the little one is getting more and more enthusiastic about swimming which is really nice to see.

Of course, baby swimming in Zurich is slightly different from Turku. We don’t have to take the bus at 8am on a saturday morning anymore. Now we swim at lunchtime (and when I say lunchtime, I really mean lunchtime!). We don’t sing in Finnish anymore but in Swiss German. It takes place in a very small spa with no proper changing rooms, so we change in the spa itself. Which was fine until after the class old men entered the spa while we were still changing. I suspect it’s a trick to make us change faster! And there is no sauna. But the room was so hot that it can almost count as replacement 🙂 The group is really small which is good, we do more games and songs as a group and the spa is situated on the 32nd floor of a hotel with a fantastic view over Zurich and the Alps. It simply doesn’t get more fancy than that!!

And yesterday evening we started the BBQ-season with our friends. The weather has been almost summerlike and we heated up the barbecue early enough so we had dinner outside together with the little one before she went to sleep.

So, life is good… 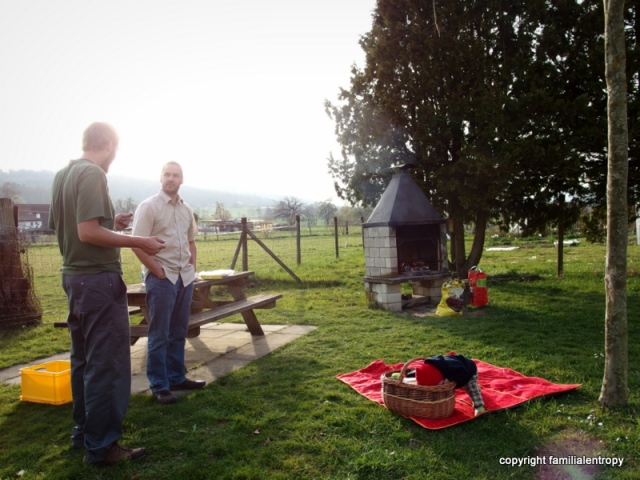 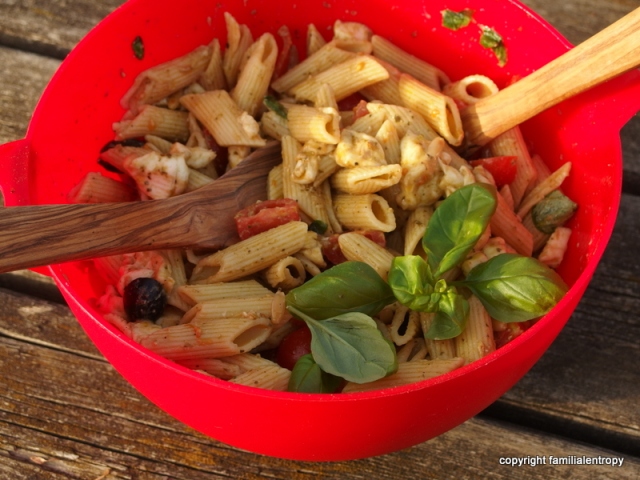 Familial entropy - that's an insight into our current life which has been fundamentally changed last summer when our daughter was born. Having studied in Cottbus, Germany, and worked/studied in Edinburgh, Scotland, we momentarily live in a small town in Switzerland where Karsten is trying to save the environment and Freddie is trying to save our sanity. Since there is not much time for elaborate, long emails while doing that, we thought a blog might be a good option to smuggle ourselves into the lifes of our friends.
View all posts by erdhummel →
This entry was posted in Miscellaneous. Bookmark the permalink.